For years, DC has run a distant second behind Marvel with regard to box office success and comic book sales. I have nothing against Marvel, so this post is in no way meant to disparage their good fortunes, but personally DC's characters have always been closer to my heart. That's why it has been rewarding for me this summer to look beyond the mixed critical reception of Batman v Superman and Suicide Squad and to see the widespread success that DC/WB has been having recently.


Despite the naysayers, BvS was an unequivocal financial success. And now Suicide Squad is on a very successful path as well, heading for more than $600 Million worldwide -- more than enough to be profitable beyond its $175 Million budget and $125 Million marketing campaign. It opens this weekend in Germany and then Japan in the near future, which will boost its international numbers even higher. As the figure below shows, Suicide Squad is also keeping pace above the wildly successful Guardians of the Galaxy, which still reigns as by far the most successful August movie ever. 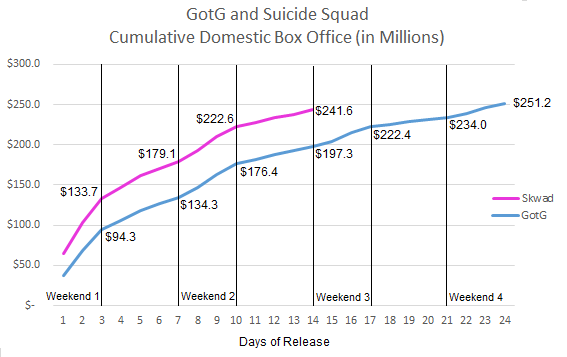 But DC/WB's success goes well beyond the box office...
In DVD and Blu-ray sales, many people might not realize that Man of Steel, the 92nd highest grossing film of all time, is the 17th best selling Blu-ray title! And now BvS seems to be on a similar path of home media success as the best-selling DVD and Blu-ray for the last four weeks. Not only that, but the number two selling DVD and Blu-ray is WB Animation's Batman: The Killing Joke, which bodes very well for the movie that had a $3.5 Million budget and already has a $4.4 Million box office total.


We can add to the box office and home media success a recent win for DC in comic book sales. Two months into the Rebirth era, DC Comics has surpassed Marvel for July 2016 sales (see figure below). That hasn't happened on a monthly basis for 3 years and on an annual basis Marvel has led for 15 years. With the success of Marvel's movie buoying comic sales, plus Marvel's new Star Wars line of comic books, it is truly remarkable for DC to overtake them last month. It will be interesting to see if DC can keep that edge or at least keep close to Marvel for the next few months. 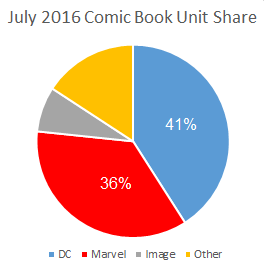 And then of course there's DC on television. Arrow, The Flash, Legends of Tomorrow, and now Supergirl all have new seasons coming on the CW, and new seasons, for any TV show, is the true measure of success. If they weren't profitable, networks wouldn't invest in an entire new season of production. But more than just getting renewed, Supergirl in its first season consistently pulled in the highest ratings of any superhero show on broadcast TV. And on top of that there are several DC/Vertigo-related TV shows still in production, including Gotham, Lucifer, iZombie, and Preacher, and a new DC sitcom Powerless on NBC. And for younger audiences there is the forthcoming Justice League Action coming to Cartoon Network joining Teen Titans Go. 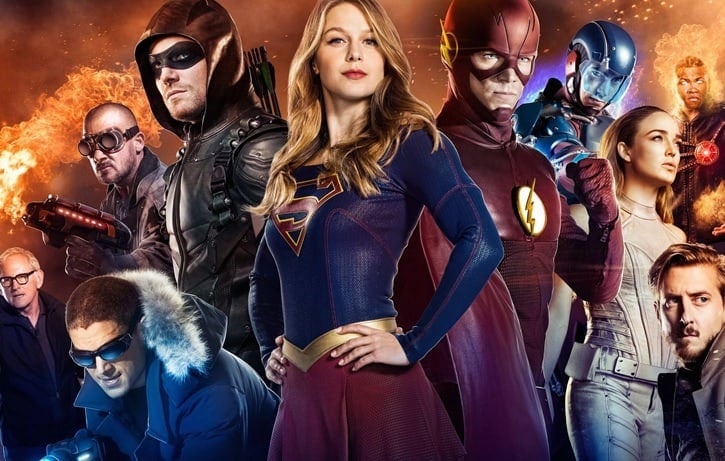 The main point here is that, despite quite a bit of negativity directed toward WB/DC in 2016, it also happens to be a time of very broad-based success for DC Entertainment overall.

EDIT 8/20/2016 at 9:40pm: Claudia Balboa on Twitter reminded me that Warner Brothers and Atlantic Records also had the number one album in the nation with the Suicide Squad soundtrack!
Posted by ottensam at 3:36 PM