We're less than a week away from the worldwide release of Batman v Superman: Dawn of Justice (WB Pictures). It held its world premiere yesterday in Mexico and the reactions are very positive! Tonight it will have its US premiere in New York City and you can watch the red carpet live. 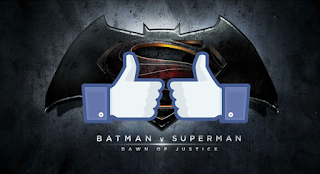 Many critics have seen the movie already and will be releasing their reviews in the next couple days. A few scores have already slipped onto the Critics Choice system (scores, not the full text of the review). These are legitimate movie critics and the first two came in as 100/100. The average is now at 90/100, which is still a 4/4 stars in their system. A good sign. (**EDIT: Other scores must be coming in to Critics Choice, because a few hours after posting this, it shifted to 86/100.**)

There was also the vague, early Entertainment Week review which was largely positive. Breznican said Wonder Woman was "fearsome" and that BvS will probably redeem even some of the haters of Man of Steel.

With regard to revenue, BoxOffice.com makes projections for future films and they initially had BvS projected at $120M - $140M opening weekend domestically, but they have since bumped that up to $159M. That projection puts it as the highest March opening of all time, surpassing The Hunger Games $152M in 2012. If BvS hits its mark, it would have a shot at hitting $400M total in the U.S. That would be a big success. I predicted back at the beginning of the year that BvS would make a worldwide total of $1.25 Billion and I'm going to stand with that prediction.

Lots of people will also be able to watch the movie early this week because they participated in the IMAX event last summer. Part of that event was the gift of tickets to an early screening. So I think a lot more public reviews will be coming out soon. As for me, I'll be seeing it Thursday evening, and I plan to post a non-spoiler review Thursday night or Friday.

**EDIT: The US Premiere is now finished and the non-spoiler buzz on Twitter is very positive. This, of course, is not a representative samples because the people able to attend the premiere were probably swept up in the moment and more likely to view the movie favorably, but they are praising some specific things, which has more credibility. The two things that I've noticed standing our are the Gal Gadot is great as Wonder Woman and that there is not only good action but also some emotional moments. I take that as a very good sign, because I was already very confident in the action and the philosophical themes.
Posted by ottensam at 8:33 AM