The great folks over at Batman-News.com have helped bring clarity to some differing rumors on Bruce Wayne's age in Batman v Superman. The first images I captured of Ben Affleck as Wayne garnered a lot of attention, largely because of the gray hair on his temples. Is he around 40, or perhaps in his 50s, having fought crime for nearly 30 years? 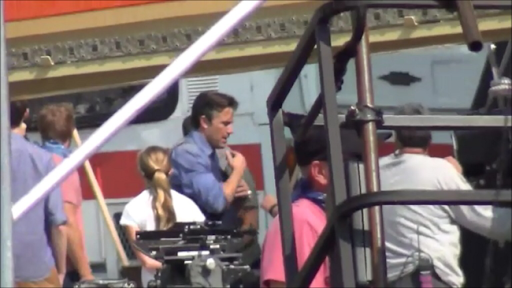 Executive Producer Michael Uslan seemed to confirm that Bruce Wayne is in his mid-40s. So we know he is quite experienced and tested, but he also should be in great shape for a 40-year old and still quite able-bodied. See the Asbury Park Press interview for more.
Posted by ottensam at 8:00 AM